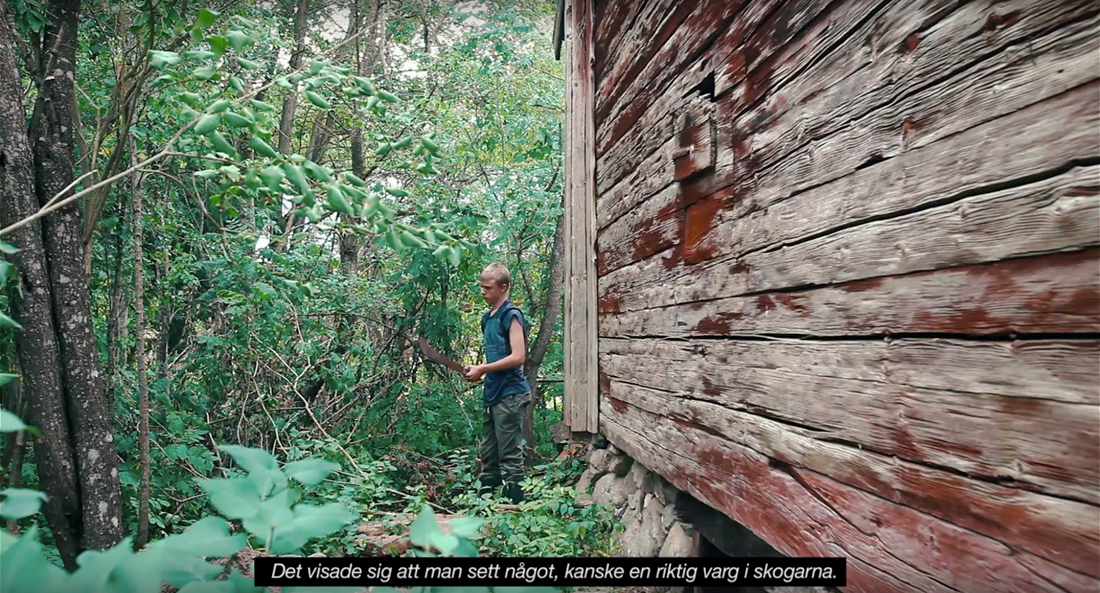 'In my new film Qvicksilver, I create by talking with four young people about the dreams' presence in everyday life and the need to be a rebel. We create new stories through playful improvisations and charades in the context of being in between children and adults. We play with some kind of random stream of inner images. The project is linked by sound images when I follow the participants. All the basic material is collected during the stay at Rävemåla Residensy program 29/6 - 30/7-18. The work was also put in another important perspective because the fires in Sweden/ Europe and when new fires were expected to start in our area, it was time to make decisions. The thermometer went up and the infrastructure in Spain was about to be extinguished because of the shock heat . The climate threat became a fact. At the same time, preparations for parliamentary elections and xenophobic organizations/ parties made their progress more and more intrusive.

Quicksilver is a poetic film and a time document from the summer of 2018. A film made up of diary notes and sound images. I will bring in the radio clips in the movie to kill the illusion of "everything is good", in an otherwise dreamy and soft flow. Here you will find a bohemian garden, a sick pigeon, warm sea, children who alternate play with things and play role playing, daydreaming about wolves running on the farm and unexpected nightly visits - and a female figure looking into a mirror facing inwardly, at the same time rolls a text strip: "Mirror Day 9. In the night I woke up with the smell of cigarette smoke that siped trough the mosquito net. I also heard two men's voices. " There are also descriptions about children who, because of the boredom will start the games that gets chaotic and out of hand. It is a suggestive band of scenes, in order, fixed with text that may not always match the picture.'